We provide professional Mandarin interpreters for telephone and video conferences and face to face meetings. Mandarin is the official language of mainland China and is the most widely spoken language in the world. There are many dialects of Chinese, but the majority use Chinese characters, so although the spoken language is very different, many dialects all use Chinese characters for their written form and therefore our translation services assist in bridging this gap. Mandarin Chinese (simplified/traditional Chinese) is the most popular dialect of Chinese spoken across most of northern and south-western China. Mandarin is considered the "standard" Chinese (Putonghua/Guoyu/Huayu) from Beijing. Our linguists use the term "Mandarin" to refer to the most popular dialect of China spoken across northern and south-western China. This being said here at Bostico we know the difference between language and dialect so providing you with the right interpreter or translator is that easy. We at Bostico understand the distinction between language and dialect, and only employ the services of native Mandarin speaking translators and interpreters. 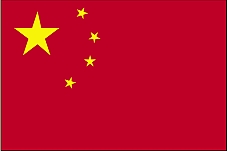 We provide Mandarin translators and interpreter services. All our certified Mandarin translations are processed and checked by our Mandarin mother tongue linguists which ensures accuracy. We can provide Notarised or Certified translations as well as Apostille services for those that need documents legalised for use in Chinese speaking countries. The Chinese language, also known as Mandarin, is the most spoken language across the entire world with nearly 16% of world's population speaking it as their native language (almost a billion). Mandarin is by far the largest of the Chinese dialect groups, with 70 percent of Chinese speakers. Mandarin is the official language of the People's Republic of China, the Republic of China (Taiwan), and Singapore. Chinese is one of the six official languages of the United Nations. If you are unsure of which dialect to use for your Chinese translation, let us know a little about your requirements and we should be able to advise you further! We would like to remind our customers that "We don't just translate, we communicate!". We are the Mandarin translator and interpreter experts so your documents are safe in our hands! We also offer translations to and from Hakka.

Contact us for further questions or to get a Mandarin translation quote now!