We provide professional Japanese interpreters for telephone and video conferences and face to face meetings. Japanese is an East Asian language spoken by around 126 million speakers mainly in Japan. Bostico International is here to cross those borders and aid you in communicating with the assistance of the most professional translators and interpreters. Japanese (Nihongo) is a language spoken by over 130 million people in Japan and in Japanese emigrant communities. The Japanese language is written with a combination of three scripts: Chinese characters called kanji, and two syllabic scripts made up of modified Chinese characters, hiragana and katakana. We make sure that our Japanese translators apply expertise and local knowledge to convey your message in a professional way. Due to the language variation and cultural differences between countries, translations need to be adapted for the target language, sentence structure, tone, and including cultural backgrounds. 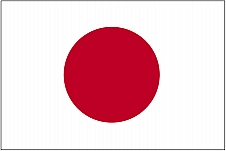 We provide Japanese translators and interpreter services. Our Japanese Certified translators are the best in their field of work and are guaranteed to be accurate. All our Notarised translations are further proofread by mother tongue linguists and we provide Notarised and Certified Japanese translations for those that need documents legalised. Japanese dialects comprise many regional variants. The lingua franca of Japan is called hyojungo or kyotsugo, and while it was based initially on the Tokyo dialect, the language of Japan's capital has since gone in its own direction to become one of Japan's many dialects. All our Notarised translations are proofread by mother tongue linguists to ensure accuracy.